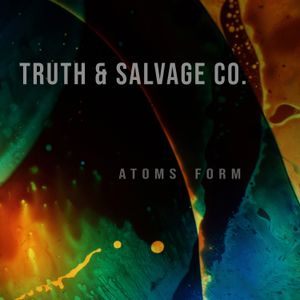 “Truth & Salvage Co. are specialists in stories folks can relate to, delivered with as much heart-filled gusto, beautifully intertwined voices, natural talent, and anxious-to-please energy as one could want from a band.” -Dennis Cook (JamBase/Dirty Impound)

A good idea is a good idea no matter when someone picks it up. So, it’s fitting that an outfit known for finding rubies in the rubble would get around to dusting off the ol’ Truth & Salvage Co. Originally formed jamming at Crane’s Hollywood Tavern in 2005, the band has been on hiatus since 2015 after releasing their second album and years of heavy touring. But, Pick Me Up, wasn’t the sophomore release originally planned.

In February 2012, the band went into the studio with producer Rob Schnapf, the intuitive, guiding hand behind Elliott Smith’s XO and Figure 8, Beck’s Mellow Gold, and standout works by Guided By Voices, Dr. Dog, The Whigs and more.  Two months later, Truth & Salvage Co. emerged with a 14-song cycle - exquisitely carved, emotionally immediate, pop-savvy, country-kissed rock akin to Schnapf’s work with Smith with a vibe copacetic to Aimee Mann, 70s Beach Boys, and The Mother Hips.  What it wasn’t was The Band 2.0 or a 21st century Eagles, throwback concepts that saddled Truth & Salvage Co. from the start. Management and the label rejected the record and made the band take two more swings at an album they’d accept.

In 2022, Truth & Salvage Co. is finally able to share the Rob Schnapf produced album, Atoms Form, with single tracks releasing regularly on all streaming services starting July 22nd with "Charm City".  Atoms Form releases on 10/7/22 via Blackbird Record Label / Indie AM Gold /Oakwilde Records. Additionally, the band will reunite for some special concerts in the Fall with two nights at The House of Blues New Orleans Parish Room on Oct. 8th & 9th, 2022.

“They wanted us to make The Black Crowes meets The Band meets The Lumineers record,” says Jones, “which sounds awesome!  But, we weren't there.”

“Rob was super meticulous. Every second of a song was precious and timeless to him, and he treated it as such. He had a lot of input on arrangements, and he gave us all of his energy,” says Kinnebrew. “Beyond the music - for the sake of the music - he was also a coach. He helped get us out of our heads so he could get the performances he needed.”

“The best record that never was released”-Eric Craig (Lakeshore Records)