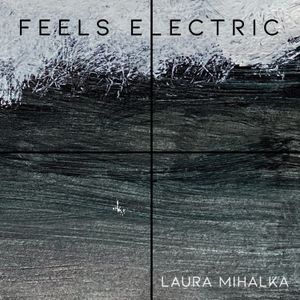 Tapping Into Her Core Instincts And Collaborating With Producer, Jesse Siebenberg Lead To A Magnetic Musical Offering For This Artist’s Second Release

Ventura, CA July 2021— In the decade since her debut album, Spell of the Light Pink Pearl, Laura Mihalka has been busy. She played Cello with and joined the board of the Channel Islands Chamber Orchestra (CHICO); accompanied artists such as Edward Sharpe and the Magnetic Zeros front man Alex Ebert, Kenny Loggins, and Jennifer Terran; worked on countless indie surfer films and commercials with composer Todd Hannigan; and raised her two grown daughters--one who plays cello at Cal Poly SLO and the other who is a music major at Cal Arts.

Mihalka’s grandmother, Adelaide Onaitis, was a pianist and prolific composer who was married to film and TV animator Casey Onaitis. Mihalka has recorded a handful of her elegant nocturnes and is writing a treatment for a screenplay about the life of her grandmother and using her 1930s compositions as the soundtrack. She also recently composed a full-length symphony piece, Springtime at Stanwood, which will be the first concert of CHICO this fall to be performed with a 40 piece orchestra. So, yes, she’s been busy.

A global pandemic can hit the world’s pause button, shifting everyone’s priorities.  For Mihalka, the past 10 years have been a necessary gestation period, and after finishing Springtime at Stanwood, she was ready to don her singer-songwriter hat. “My mindset during lockdown changed,” she admits. “There was so much time to fill at home, I thought to myself, ‘you may as well relax into this and take as much time needed to write the best songs you can.’”  A singer-songwriter who is influenced by Father John Misty, Pink Floyd, and Tame Impala she confesses to “occasionally” following around the California-based band, The Mother Hips “like The Grateful Dead.” Mihalka spent a few years in the 90s touring as the lead guitarist for the band, Liquid Sunshine, which included Americana artist, Gina Villalobos. “We toured a lot and met a ton of people,” she remembers. “I was a female lead guitar player, still something you don’t see that often.  People would come up to me and say something like, ‘Dude, you’re a girl and you shred!’” It’s her rock and classical background that inform the melodic structure, string arrangements and dreamy textures of her new album, Feels Electric.

Although she’s been playing cello since age 9, and is handy with guitar, bass and piano (“You learn a lot of instruments to be able to write”), she played keyboard, cello and sang on tracks for the album. Grammy-winning musician/producer, Jesse Siebenberg produced, mixed and played on the album.  Siebenberg appeared on her first album and she was thrilled when he offered to produce Feels Electric and add more instruments at his Ojai studio. “I would give Jesse my scaled down song (piano and vocals) and he would work his magic.  I would get a song back from him and it was so elevated.  I would typically get one song back a week and I’d be stoked to get that email in my inbox. Like a present. I’d then wear my headphones while walking or jogging to really listen to it and neighbors would sometimes see me fist pumping the air.”

Mihalka did give Seibenberg one reference before the whole project started, Beck’s Sea Change album.  “I like how the songs are all unapologetically slow, with really tight, creative and beautiful arrangements. For me, that album is mellow and chill, but also engaging and interesting.”

Mihalka’s penchant for pop hooks, sunny harmonies and smoldering arrangements enhance the cathartic “Out for the Night,” “Sacred Sky” and “Stumble,” a hummable paean to her passion for music (“Turn it on/ Turn it up to eleven/ Sing with the song that I love”). The title track is an intentional anthem of acceptance of a high-maintenance friend who trails drama and chaos, while the pensive “Forgiven” and the Elliott Smith-vibed “Falling Apart” express her preoccupation with time during 2020’s surreal autumnal months.

Thanks to Siebenberg’s decision to half-time the drums, “Pineapple Man” — the only song Mihalka composed on guitar — morphed in his Ojai studio from a “kinda punky” rocker with a Go-Go’s beat to a subtly psychedelic production whose whispered chorus reminds her of Pixies front man Frank Black’s idiosyncratic spirit. Family dramas inspired the gently hopeful “Battleground” and the poignant “She’s Everything,” written for Mihalka’s late mother.

“Feels Electric took only 4-5 months of writing for 11 songs and I completely ignored any thoughts of what I should or shouldn’t write,” she explained. “ I really tried to let myself meander and experiment more than ever. It became a daily practice of locking myself in my music room from about 5-7pm with a cocktail and some new sound plug ins.  Very experimental.  Very fun. To me, this album is like a writer doing smaller articles, various projects but then writing that novel they have always dreamed of. A lot of people I know vaguely know I play music.  They’ll say, ‘You’re a singer, right?’ of ‘You’re a classical musician, right?’ To which I’ll answer, ‘kind of’ or ‘partially’.  Feels Electric is a way to explain once and for all what I truly love doing, and what I love most about music—putting all those things together.”