Boise, ID based band, Tylor & the Train Robbers are releasing a new album, Non-Typical Find. It’s their third release and first project with producer, Cody Braun of Reckless Kelly.  The band is comprised of Tylor Ketchum, his brothers Jason and Tommy Bushman and his father-in-law, Johnny “Shoes” Pisano, so it’s a family band that delivers “blood harmonies”as a part of their musical chemistry.

The eleven song compilation showcases Ketchum’s songwriting genius with subject material ranging from current events to harrowing tales of dead bodies discovered.  The band delivers with the tight, dynamic sound they are known for and, on this album, raises the bar by including a few talented friends.

“Tylor & The Train Robbers are Idaho’s contingent for independent country roots that garnered national and international appeal for their last album Best of the Worst Kind. Now for the first time they’re working with an outside producer, and it’s one with Idaho ties himself, Cody Braun of Reckless Kelly.”—Saving Country Music

"They are a tight family band with a hell of a songwriter at the helm. This album is worth your time. It's everything you want and need at this moment in time."--Farce The Music

5 Stars ***** Country Music People!
“The band is tighter than the lid on a recalcitrant jar of jalapeños: they weave around each other and deliver effortless solos; and predictably the brothers harmonise better than most on the choruses.”—Tony Ives, CMP

“Tylor et al deliver some tight rhythms which reflect the intense work they have put in on the road over many years. Roots, country, Americana spliced with wonderful harmonies and this family band exhibit a musical cohesion that is enviable.”—Listening Through The Lens 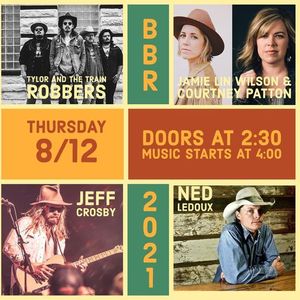 TYLOR & THE TRAIN ROBBERS OPEN FOR RECKLESS KELLY SEVERAL DATES IN THE SOUTH, MIDWEST AND EAST COAST THIS FALL!  https://recklesskelly.com/ 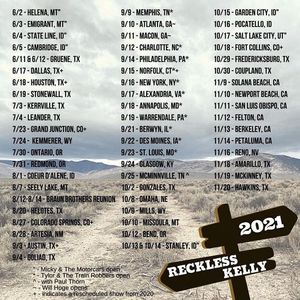 Boise, ID April 19, 2021—Like most bands who tour over 200 days in a year, Tylor & The Train Robbers quickly saw their plans derail in the spring of 2020.  Not to be hindered, they connected with their fans through other avenues.  Launching a Patreon, they did regular virtual shows and built a community around their music.  Most importantly, 2020 opened up the opportunity for the band to write and record this new album and work with Cody Braun (producer) and Rob Matson (mastering and engineering).

Non-Typical Find is Tylor & The Train Robbers 3rd studio album, and a first for working with a producer outside of the band.  “It’s also the first time we’ve recorded an album of brand new songs that we had not already been playing live for months (or years) before recording,” notes Tylor Ketchum.  “Lyrically all the songs were finished before we went in to record, but one of the things that Cody encouraged us to do was to let the arrangements come together in real time in the studio.  We wanted to allow the songs to evolve during the recording process and leave room for creative collaboration with all the musicians who played on the album.”

Tylor & The Train Robbers has evolved into a family band. The core of the band was always Ketchum on guitars and lead vocals, his brother Jason Bushman on bass, and Johnny “Shoes” Pisano on guitars.  In 2019 Tylor wed Jennifer Pisano, Johnny’s daughter, officially making him Tylor’s father-in-law and Tommy Bushman joined his brothers in the band. Tommy not only brings his own fresh approach to the band as their drummer, but he also adds a perfectly blended 3rd part harmony to their already well-oiled sibling harmonies. “Our producer Cody has a unique understanding of our band because he has also played music with his brother in their band Reckless Kelly and with his family for most of his life.  Having him bring his vision to the record was really incredible.”

To elevate their sound, the band invited a few outside musicians to join them on this album--Brian Davies on Pedal Steel, Bernie Reilly on keys, banjo and cello, Cody Braun on fiddle and mandolin, and Jennifer Pisano Ketchum on back-up and harmony vocals. Jennifer can be heard on all 3 of the bands albums, but this time around she is featured on her namesake song, “Jenny Lynn and These Eyes”, and she is also co-writer on the track, “Something Better”. “We wanted to add new layers and textures to this project,” explained Ketchum. “They all delivered in a huge way.”

Tylor & The Train Robbers are known for being a tight, dynamic, hardworking band and their songs are a lyric-driven blend of roots, country, and modern Americana music. “A lot of these songs were written after the onset of the pandemic and I was inadvertently using writing as a way to process what was happening in my own life and in the world,” admits Ketchum. “Being forced to spend so much time off the road gave me a chance to really look at things from a new perspective—the band, what we had been doing, the pace we had been going and how we were managing it all.  Reflecting on it helped me gain a new appreciation for it, but being home also gave me space to write about other things. I was challenged to write or finish quite a few of these songs on a deadline.  I knew that I was going to be working with top notch people in the studio with Cody and Rob, so I really wanted to rise to the occasion and bring my best work to the table.”

The album kicks off with “Equation of Life” which highlights the 3-part brother harmony during the last chorus, singing a-capella. The song, “Jenny Lynn” was written for Ketchum’s wife, Jennifer. “I’ve spent a lot of time on the road with the band and sometimes we only have a phone call to keep us going until I get back home. In the studio, Cody had the vision of me recording this one as a single track performance, just me and my guitar as the foundation.” Braun’s melancholy fiddle melody is a nod to the Irish folk music sound and evokes a longing for home that is often written about by those who miss the one they love.

The title song is a true story, handed over from a buddy of Ketchum’s. “In 2019 he was horn hunting on his folk’s property and came upon human remains. The police thought that the person might have been linked to a case they worked on a few years earlier. He told me this story while we were at his cabin and we spent the night cooking up ideas about how the two fates may have been connected.” The instruments on the song help to tell the story.  The line, “that’s when she started getting nervous and then her heart sank” is mirrored by the pedal steel and the guitar and bass walk along with the line, “I hiked downward to the bottom near the creek and up the other side”.

“Lemonade” featured a banjo solo and has a little bluegrass flavor, while “These Eyes” has a front porch feel.  “It feels as if we were all sitting around in a picking circle, singing together,” Ketchum observes. “Johnny played acoustic lead and Cody brought in fiddle and mandolin to give it a more stripped down feel.  Jennifer joined me on harmonies in the verses, and added a 4th part to the choruses.  I wanted her voice to be present in the song because it was written about our lives together as an engaged couple stepping into marriage.”

The album ends on a positive note with the song, “Silver Line”. “In the midst of the pandemic and being forced to do everything in new and different ways, I had a lot of time to reflect on what matters most,” shared Ketchum. “This song came from recognizing how dependent we are on external things and systems and how easily it can all fall apart.  It got me thinking about the lessons that have come from this year and that even the worst circumstances can yield something good if you choose to see it that way.”

Though the band have all been inspired by different people and experiences along their own artistic journeys, these days they stay inspired by the art they create together and the anticipation of each next step in their pursuit of this dream. “We know each other well and we bring that knowing into our songs and our live shows,” concludes Ketchum. “We work hard for each other because we are all equally invested in this music, the band, and the life that we are building around it.”

Non-Typical Find is a gem of a find, showcasing Ketchum’s lyrical talents and the innate alchemy of this family band.  Tylor & The Train Robbers will tour the East Coast as support for Reckless Kelly in September of 2021.