From his newly released EP, Me and Paul

WATCH "Ballad of Junior and Lloyd" 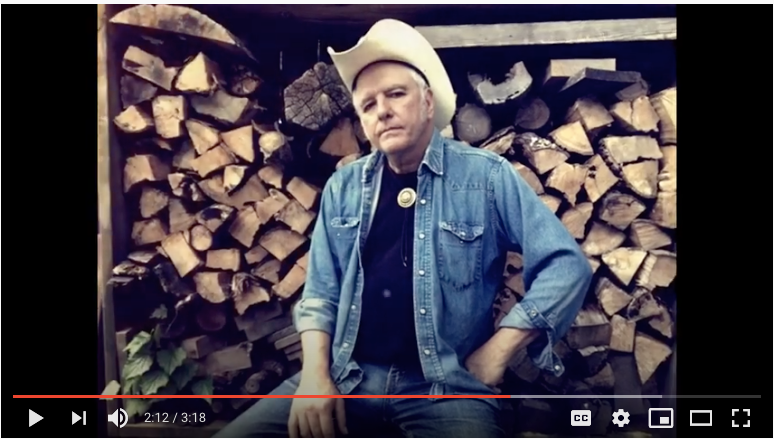 “Ballad of Junior & Lloyd” was written by Jon’s friend, James Kelly.  It’s Paul Niehaus on pedal steel guitar and Jon on guitar and vocals.  Jon Byrd is a seasoned songwriter and performer of songs of heartache.   His  longtime friendship with this song’s writer adds a rich dimension to the song’s performance. Give it a listen, and then place this one on your top shelf songwriting collection.  “Junior and Lloyd were good buddies.” —Americana Highways

“Ballad of Jr. and Lloyd” was written by my long-time best pal James Kelly in Atlanta, GA. My coming of age playing and recording country music was with James and his band Slim Chance and the Convicts. This song speaks to friendship that your lucky to find once in a whole lifetime.” — Jon Byrd

"Ballad of Jr. and Lloyd" from the album 'Me and Paul'

Jon Byrd on Guitar and Vocals

Thanks to Meghan Lightell & Derek Greene for the time in their backyard.

They ran a little business up the hill

Jr. & Lloyd made lots of money

Sellin’ homemade whisky from a still

Jr. he was a family man

Lloyd was loyal to none

Jr. only did it for the money

Lloyd said he did it for the fun

BR: They never said a word about the danger

They never showed a single ounce of fear

Deep inside they both had felt the presence

Of a dark cloud that lingered so near

Lloyd had a recipe for moonshine

Jr. had a way with a car

Lloyd drove that suped-up Chrysler thru those border towns

And set the roadblock up around the bend

Jr. saw the ball of fire and reached for Flossy’s hand

And shed a farewell tear from his best friend

Ol’ Lloyd would rather die than let you down

Ran a little business up the hill

Jr. & Lloyd made lots of money

Sellin’ homemade whisky from a still